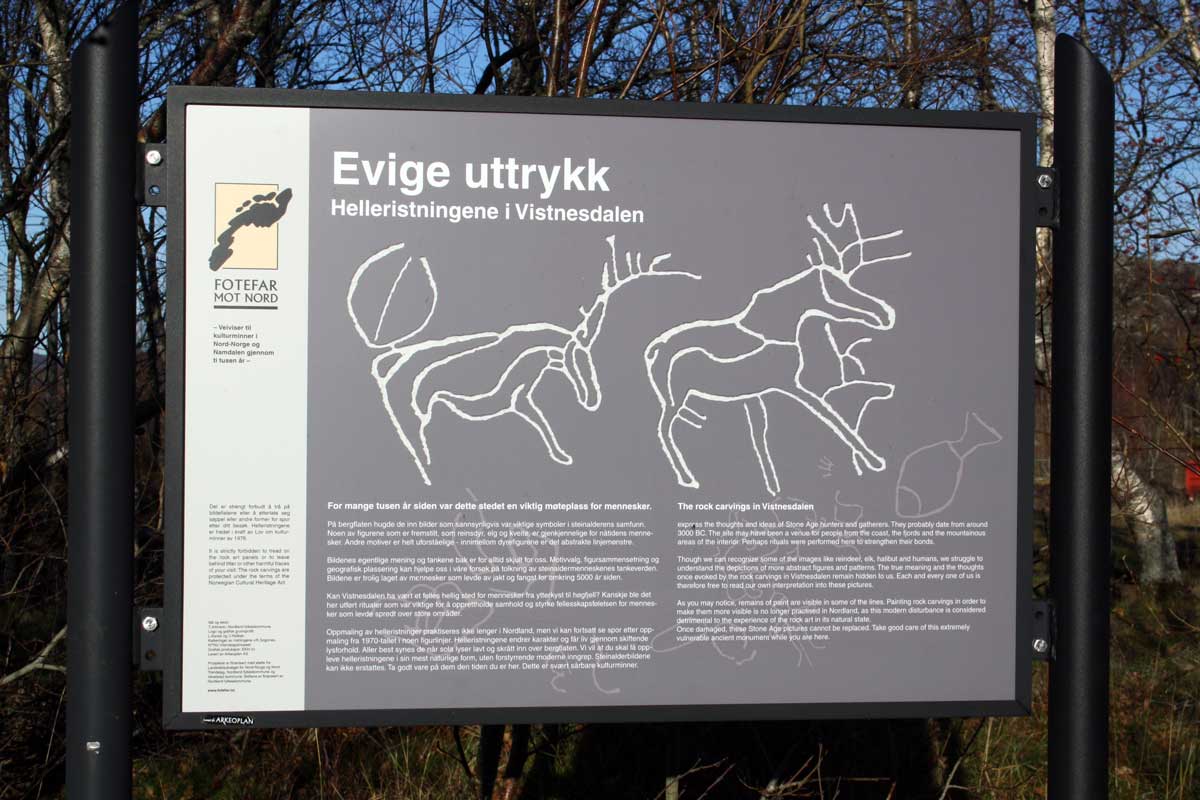 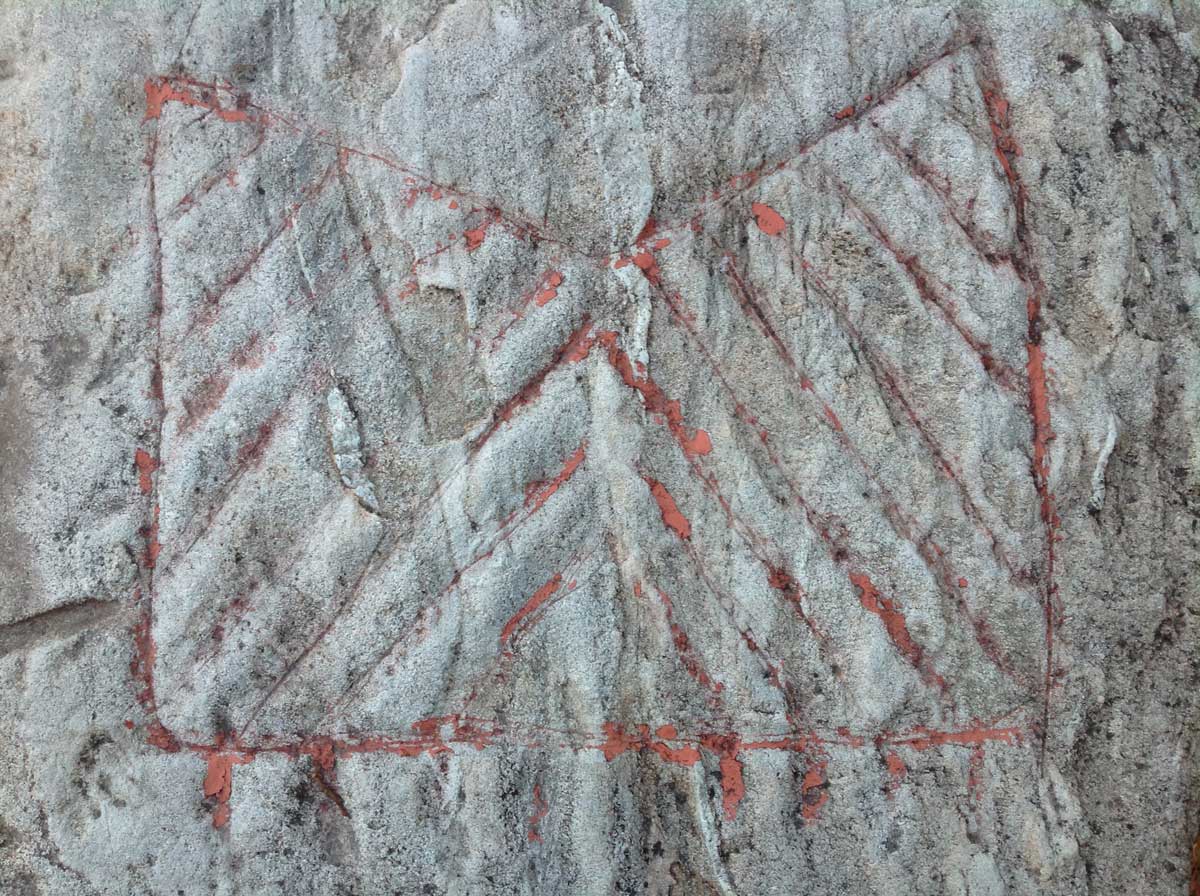 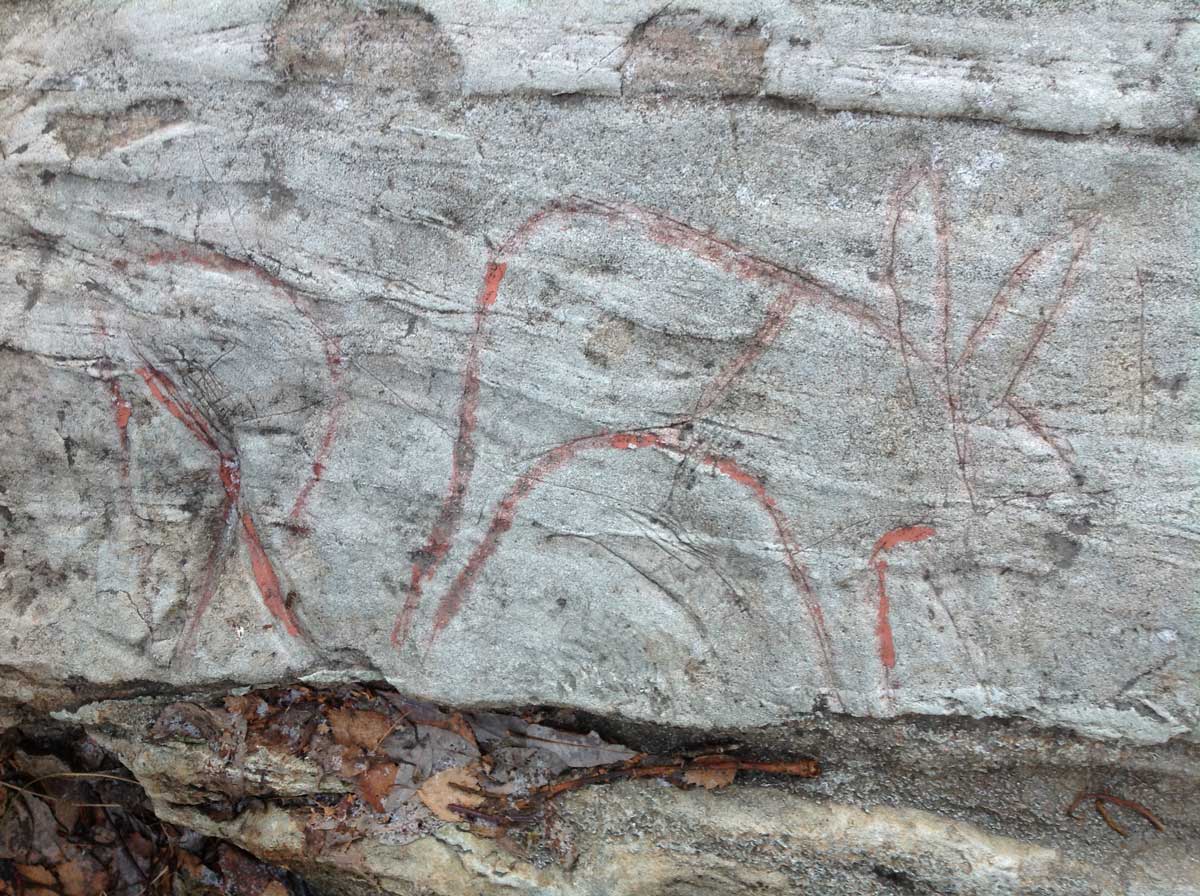 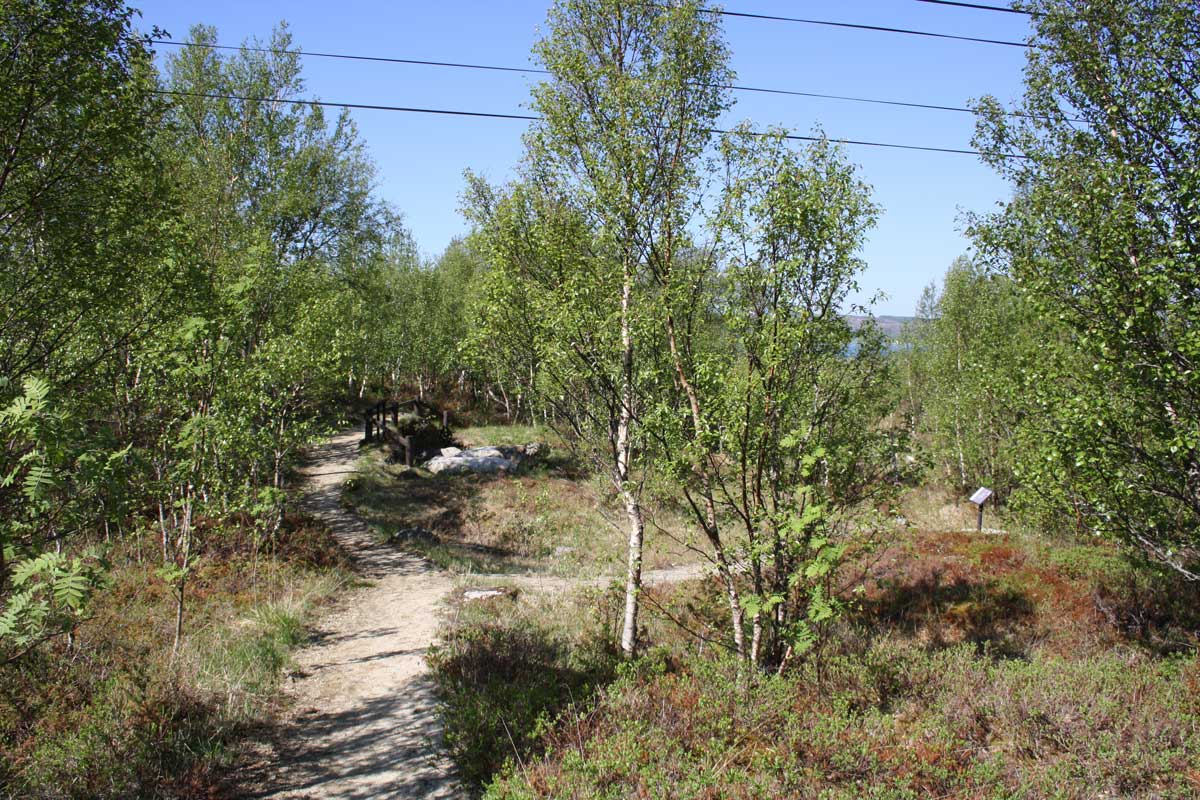 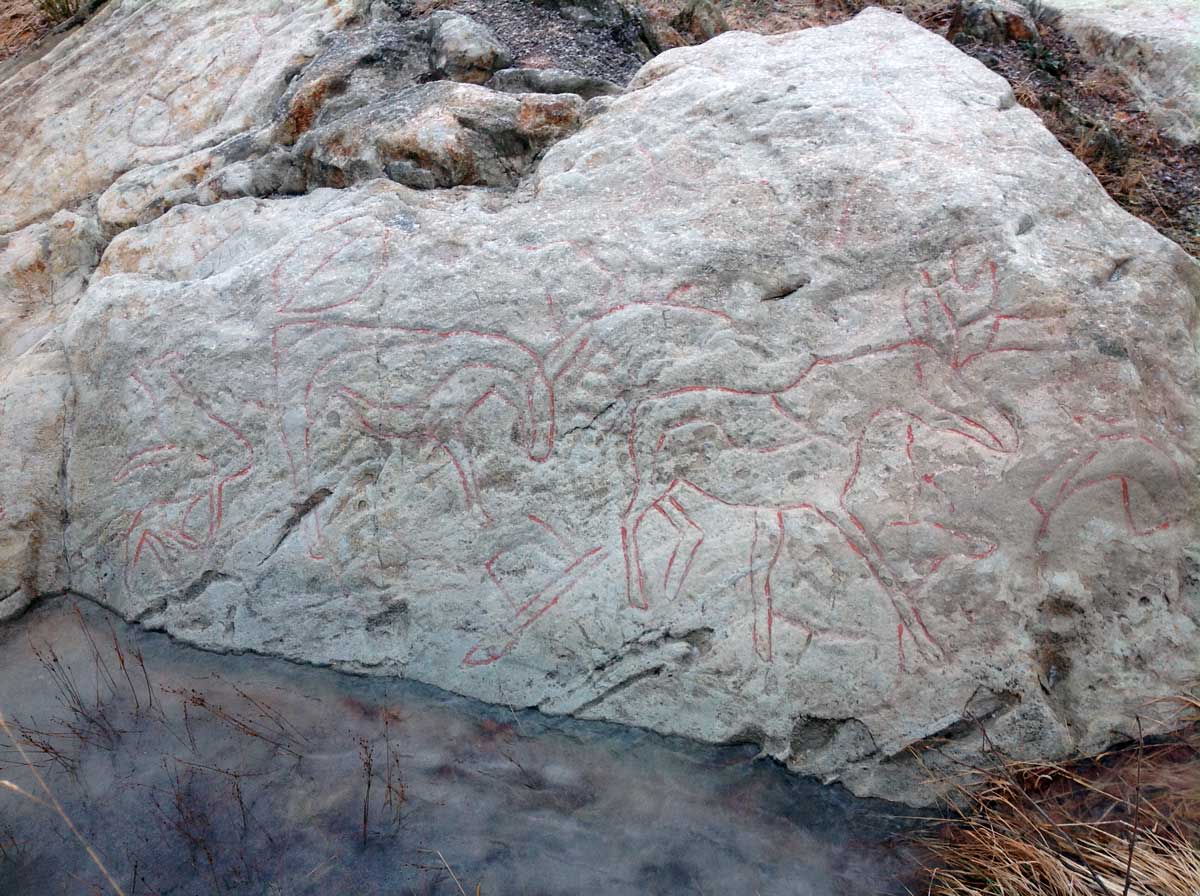 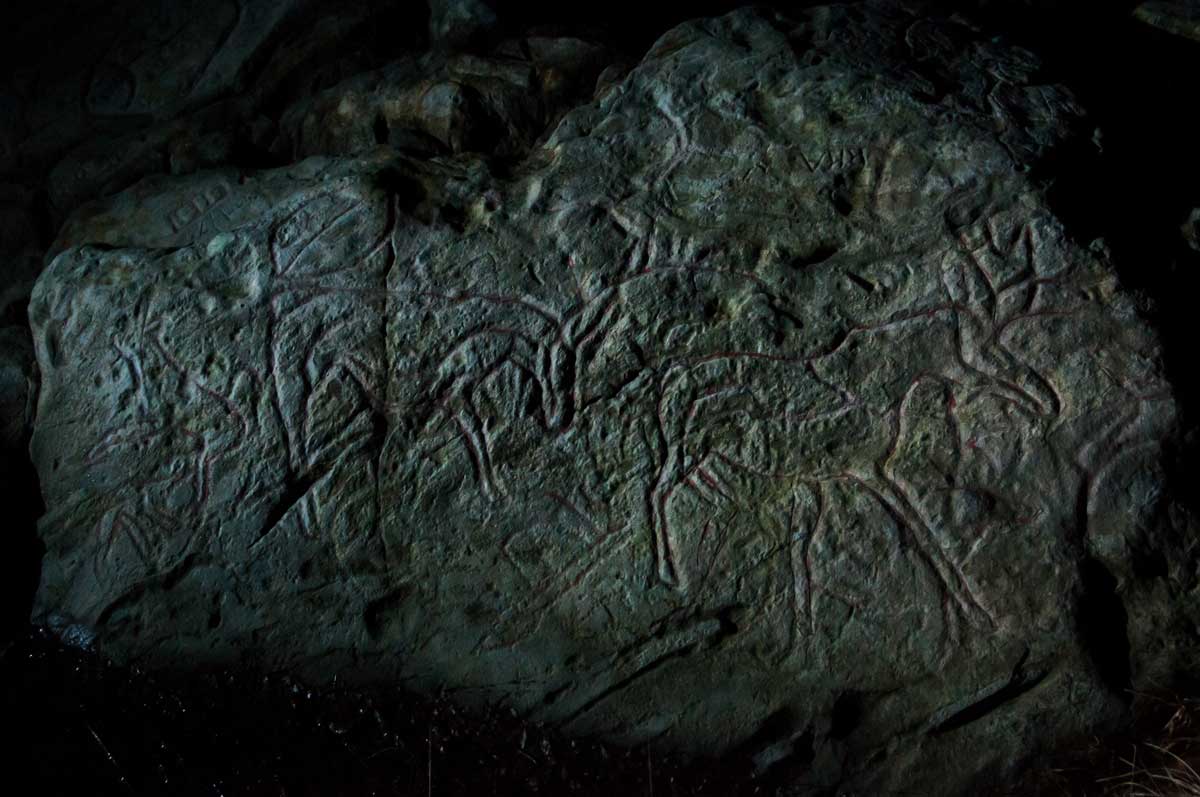 The carvings in Vistnesdalen depict stylised horned animals, elk, halibut, human figures, footprints, boats and geometrical shapes. They were probably made around 4000 BC.

It is usual to divide rock art into hunting and agrarian art. These terms indicate the occupations of the people who made and used the images – hunters and farmers. The carvings in Vistnesdalen are pecked into the rock and are younger than those made by grinding. They also differ over time, from naturalistic to more schematic. Carvings made by hunters date from the Stone Age, whereas agrarian art is associated with the Bronze Age.